Here's how you play the acoustic rhythm part. If you're counting in 2, you'll play four bars of E major, 2 bar of A major, and then return for 2 bars of E major.

Then, the second half has four more bars of E major before moving to B7 for two bar and winding up back at E major for two bars. This feel is called cut time and is considered 2 beats per measure instead of 4. To my ears, the feel has a nice, clip clop rhythm that reminds me of a horse walking down the road

Once you feel comfortable switching between the chords with your left hand, you can concentrate on the right hand strumming pattern. The basic pattern consists of hitting the bass strings on the downbeat and the treble strings on the upbeat. 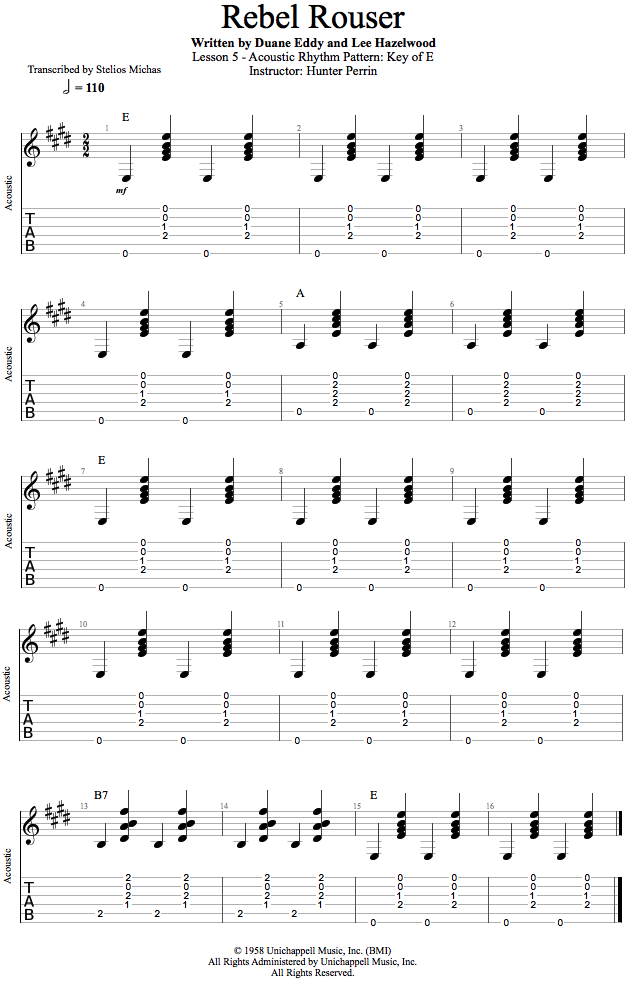