The song opens with a vocal count off and unison hits from the whole band with the guitar playing a G7 chord, followed by a 12-bar blues progression in G. This 12-bar progression is revisited under the sax solo, but with a â€˜D7â€™ chord on the final bar instead.

The unison hit part of the Intro is revisited just before the sax solo and at the song ending. The 12-bar progression alternates between single notes and bluesy diads emphasizing the backbeat on beats 2 and 4. Listen for the snare! 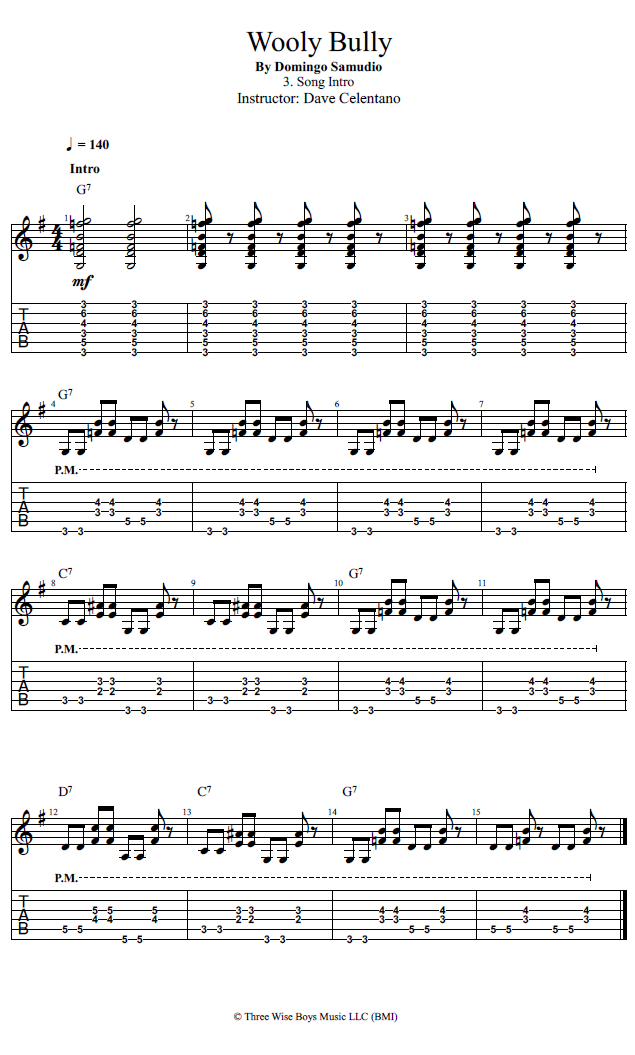 Are you a beginner?
Click here for our "Songs Made Easy" version of Wooly Bully