In this lesson we'll combine the triad soloing with the major pentatonic scale, and we'll go back and forth improvising with it.

So once again the A major pentatonic scale and the triads we used for soloing were basic ones we already learned!

Let's change up the key, so we're in the key of C. That means your major pentatonic would be at the 8th fret, because we have the E-major shaped C major barre-chord, and then we start in the same fret as the barre. 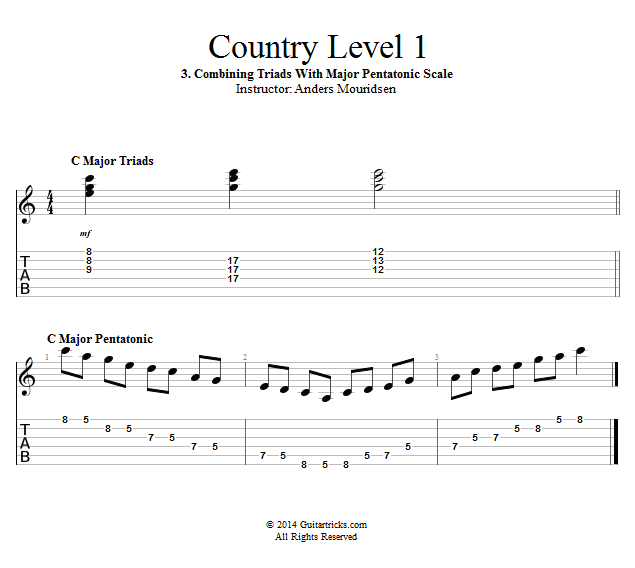