Magic Notes On The B-string

When the Blues Scale Becomes Country

In this lesson we'll add the 2 half steps in between the two notes you already know on the B-string. That's going to leave us with four half steps in a row. Whenever you play several half steps in a row like that it's called "chromatics" and it's a powerful sound, when it's used in country.
Open In New Window 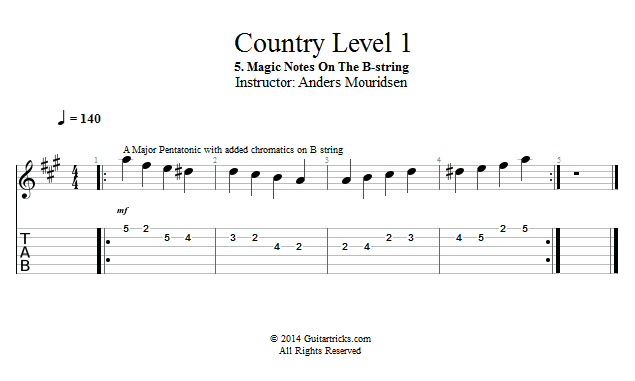