Intro/Outro From The IV - Part 1

Now let's explore how to use a similar approach to come up with an authentic sounding electric lead part for the intro/outro, where you start on the IV (the "four chord").

Once we've found the basic part, we'll use it in a simple example. For this example we'll start with the intro, which will lead us in to the "song". For now the song will just be 8 bars of C. Then after that we'll reuse the same part as the outro.
Open In New Window 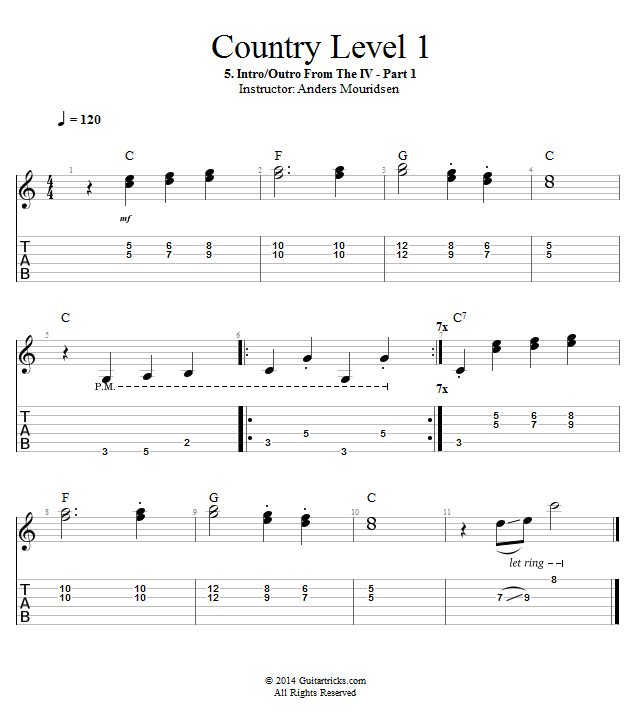