Free Your Mind Instead: Guitar 3 Outro

After the solo, we don't hear anything from guitar 3 until the last pre-chorus where we'll play another frantic bend lick to build into the chorus.

So we're in the same position as the opening lick of the solo and we're going for the same half-step bend here. But the rhythm is different and quite loosely played.

We start by playing rhythms based on 1/4 note triplets and at the very end we end up with 8th note triplets. So check it out and try to get it in your ears.

After that guitar 3 comes back again at the very end of the song with a really sort of bizarre lead part. it's sort of more about making the noise than anything else but it sounds great.

And all we're doing is playing this C# octave way up here on the 18th fret of the G string and 21st fret of the high E string.

But the real task here is the rhythm. it's a gradually building part so you'll start out like this then we add (show) and we play this 2nd rhythm figure 4 times.

After that just go into frantic strumming that's based on 8th note triplets. As long as you get the rhythmic phrasing in the first part and go into the triplets at the right time you'll be set. Like I've said, this song is very much a huge jam and all about attitude. 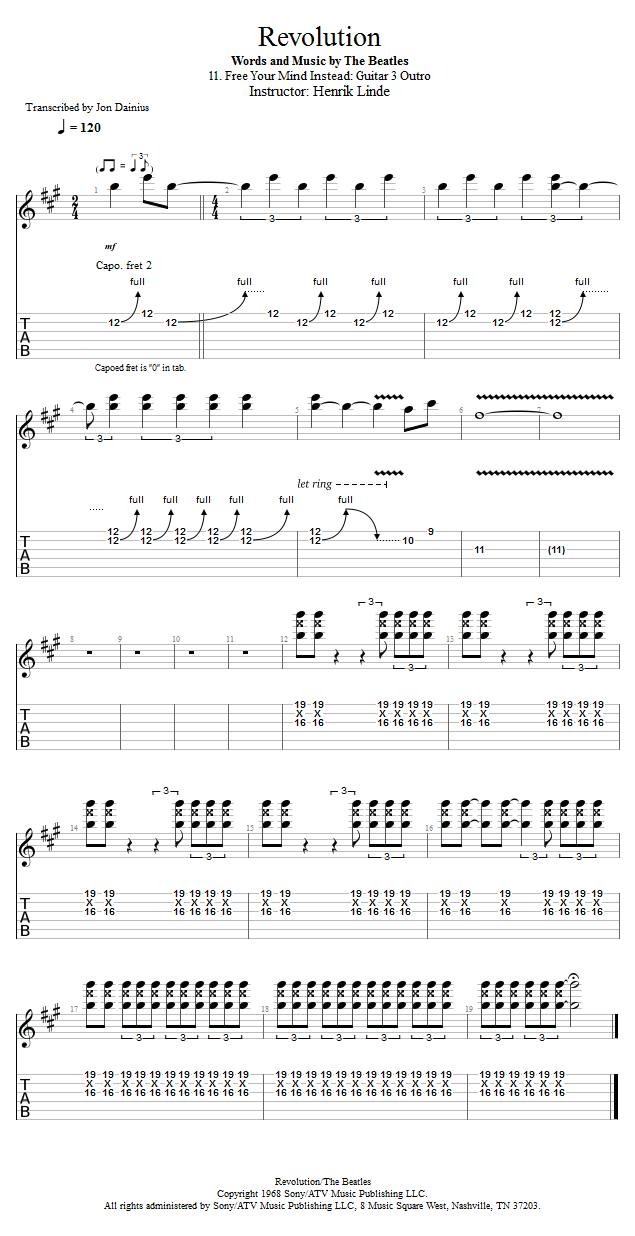