The solo is a short noisy little number that's all out attitude.
It's got a really interesting and quirky sound to it.

We're going to start with a double stop where we'll bend one of the notes and give it some vibrato, and really mind the vibrato here, it's supposed to sound pretty frantic.

Then we let it ring out and wait for the chord to change and over the E chord, we'll play a little melodic lick.

And to end the solo we'll hang on the F# on the B string while the F# is also ringing on the open E string.

Right here we also do some more sort of frantic bends on the F#.

And actually after the solo is done and the verse has started, there's just two tiny little notes played that are turned way down in the mix but if you pay close attention you can hear them in there. And they are simply two F#'s played with 8th notes.
Open In New Window 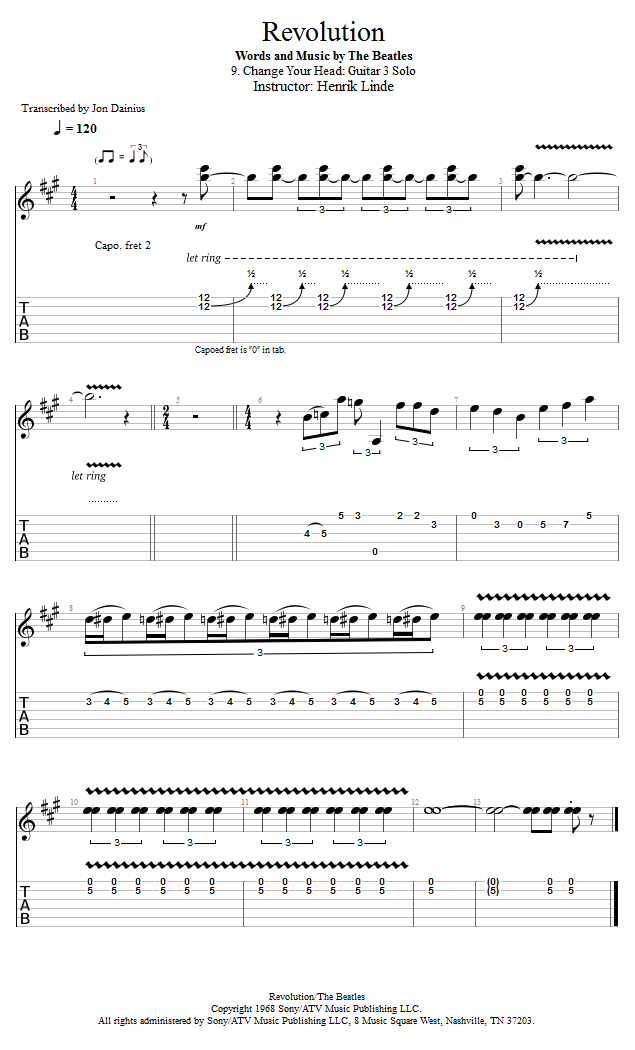