Why Can't We Be Friends

This song is made up of two chord progressions. The first one is Bb to D7 to G minor to a quick change Bb to Bb7.

Notice the transition from Bb major to G minor. This is a common compositional practice where the chords move from the tonic to the relative minor. To set up this move, the D chord is changed from a minor chord (which is how it would would occur naturally in the key of Bb) into a D7 chord. In doing this, you now have what's called a secondary dominant which creates an interesting chord progression and sets up a smooth transition.

Because of all that's happening in the track, it helps to trim the voicing down a bit. Instead of strumming all six strings, I'm going to focus on strings 2, 3, and 4.

Now let's talk about the left hand a little more. Because we're trying to blend well with the sound of the staccato keyboard part, we want the chords to be very tight and crisp. A good way to achieve this sound is to use left hand muting. All we're going to do is quickly release the chord after the strum. Because the pattern has two quick strums, you do not need to mute between the two 16th note strums. 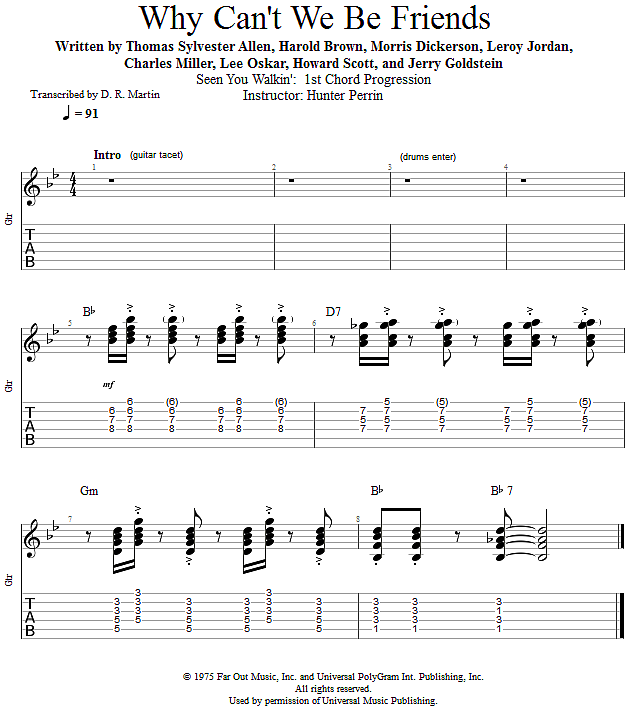 Why Can't We Be Friends