And I Wonder Why: Chorus

Right before the solo section, there's a move to the E7 chord that sets up the return to the verse progression nicely. Note that in the outro, we never go to that E7 chord, but rather keep looping on the A to D progression during the fadeout.
Open In New Window 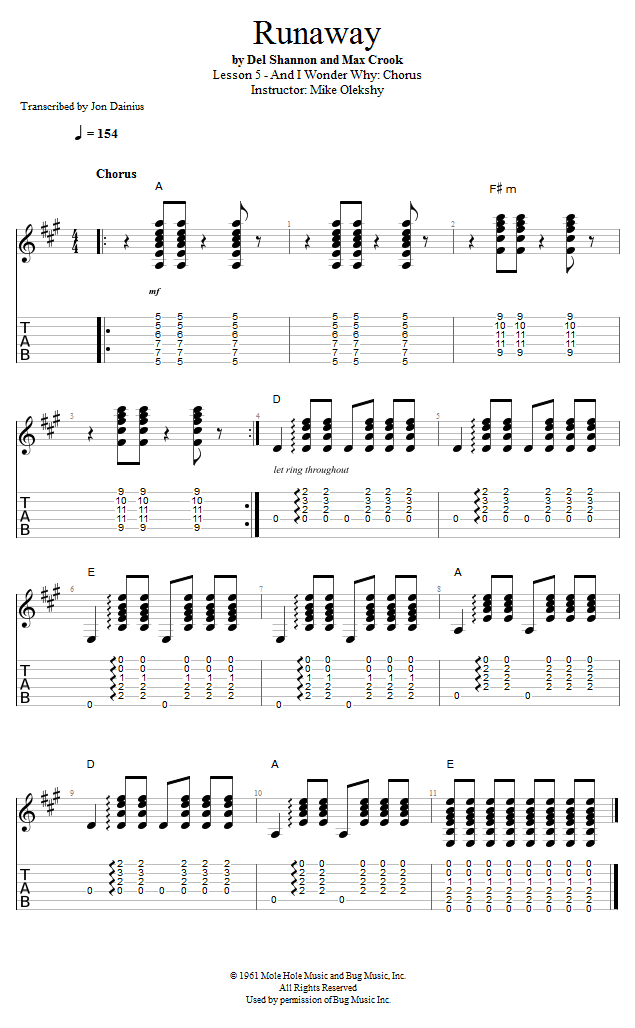