How To Read Tablature Part 1

How To Read Tablature

The notation we use here on the Guitar Tricks site is called tablature, which is usually simplified by the abbreviation, tab.

Tablature is very easy to read. It shows you what notes to play on your guitar by means of two basic pieces of information: which fret space to play and which string to play. Tab ingeniously combines these two pieces of information into one unit by indicating numbers for the fret, on lines representing strings. 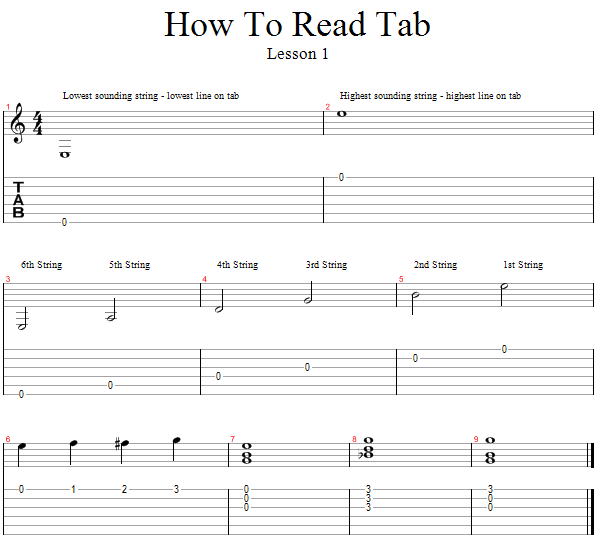