It's All In There

Here's a nod to traditional country music with some boom chick strumming. We'll keep it in the present though, in the style of Old Crow Medicine Show by adding some arpeggiation.

There's a fine line between modern and traditional country music when dealing with progressions like these. Much of the style has to do with the band you're playing with instead of the part you are playing.

In either case you are playing a great part that fits well in both the traditional and modern world. 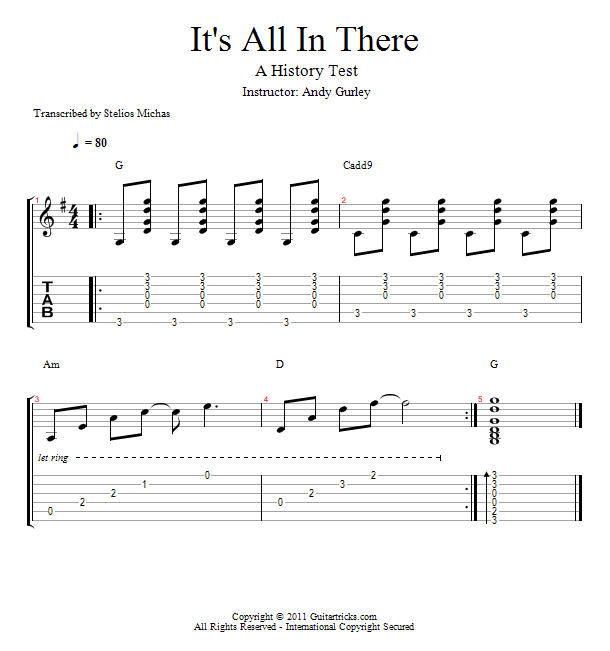