Here's a riff that's more modern not only in the way it's played, but also in the progression it uses. It's not in the "standard" country keys. You'll find more and more progressions such as this one in modern country music because it is driven by vocalists who will determine the key of a song. You will also notice that we end this progression on a Bb power chord, but in reality, most progressions like this are in motion and would end on a different chord, meaning that this type of progression pulls to the first chord of the next progression in the song (the verse, chorus, etc., whatever that section may be).

We're still using power chords, too. Take note that this shape still works well in any key. It's no different than playing in G Major just a few frets down. That's the cool thing about this shape. It's so easy to play and you have time to actually think about the chords of the progression. 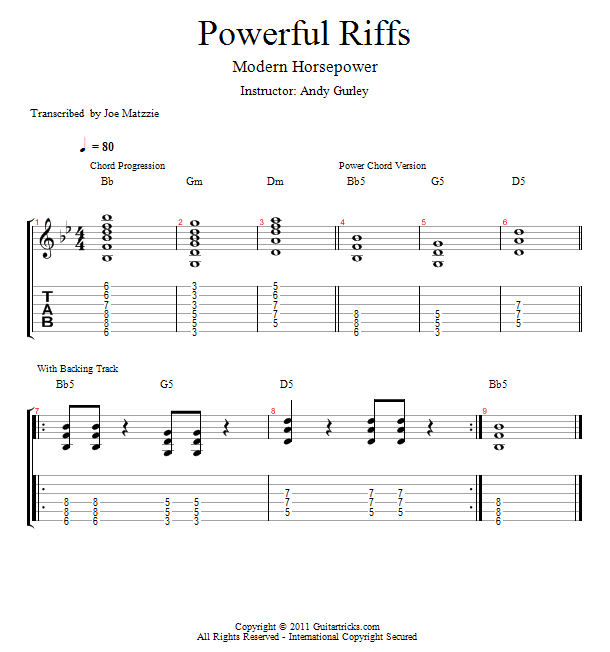