This progression combines boom-chick strumming and the power of power chords. It's a typical progression for modern country artists such as Brad Paisley, Jason Aldean and others who want to give a nod to traditional country while staying well grounded in the rock and blues influenced swagger of modern country.

What results is this progression. Boom! 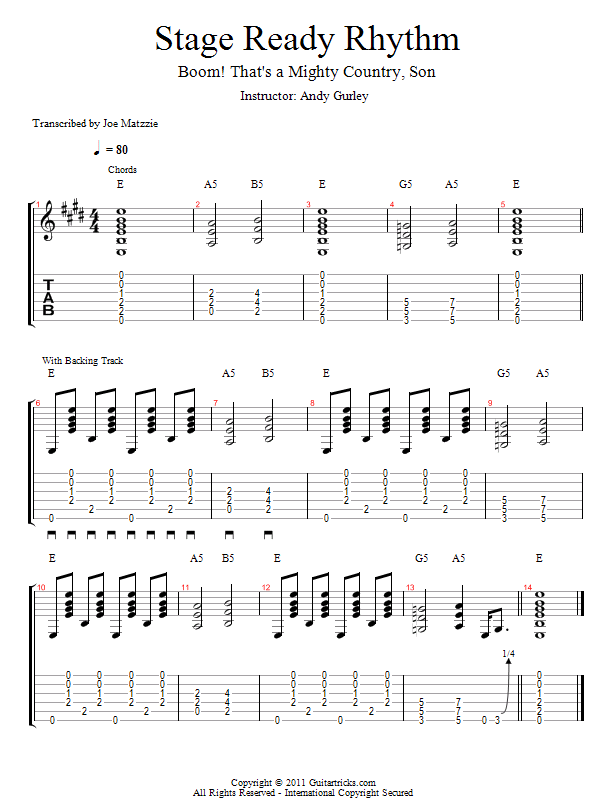