One of Mick Jones signatures even in the louder, more raucous early Clash material is his use of upper register triad chords. When used in conjunction with another guitar playing low barre chords, they create a thick, yet brilliant sound. He made extensive use of the single finger A form and the D form we discussed earlier with respect to the Sex Pistols overdubs.

What's cool about using these upper forms while another guitarist plays lower is that the guitarist playing in the upper register can sustain their chord while the rhythm guitarist chugs along. He also would use smaller inversions of the sixth string root barre chord in the same fashion. One can also do more staccato rhythmic figures along this line ala "London's Burning". Even before the Clash launched into reggae, ska, and dub rhythms there were Motown type chord stabs in their early work, even in some of their heaviest material.
Open In New Window 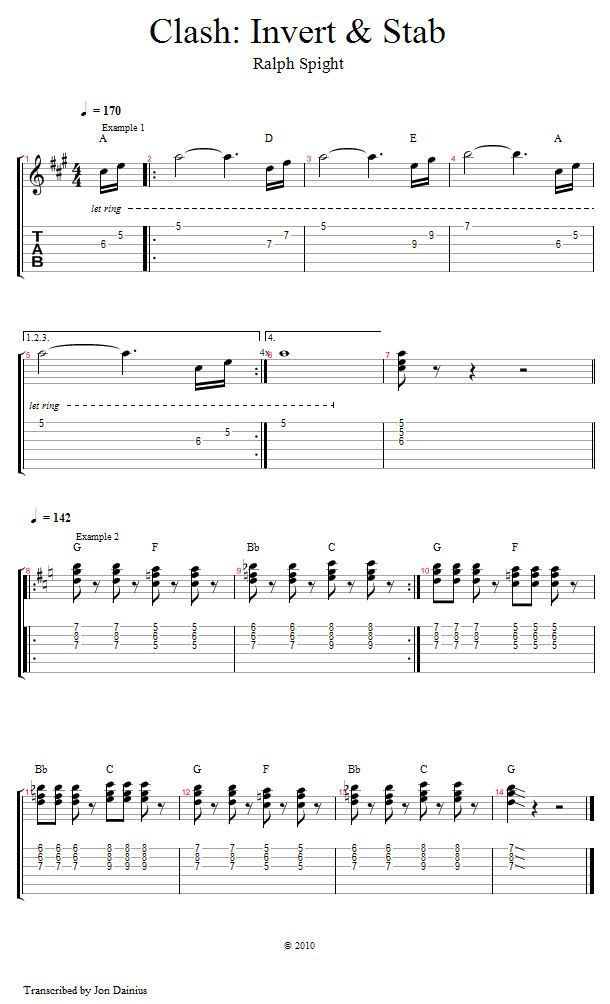