In this lesson, we'll look at the chords, the strumming pattern, and the simple ornamentations Janis Joplin used in playing the guitar part for Me & Bobby McGee.

ME and BOBBY McGEE

(G)Busted flat in Baton Rouge, waiting for a train
And I's feeling nearly as faded as my (D)jeans.
Bobby thumbed a diesel down just before it rained,
It rode us all the way to New Or-(G)leans.


I (G)pulled my harpoon out of my dirty red bandanna,
I was playing soft while Bobby sang the (C)blues.
Windshield wipers slapping time, I was (G)holding Bobby's hand in mine,
(D)We sang every song that driver knew.


(A)From the Kentucky coal mines to the California sun,
Hey, Bobby shared the secrets of my (E)soul.
Through all kinds of weather, through everything we done,
Hey Bobby baby kept me from the (A)cold


One (A)day up near Salinas, I let him slip away,
He's looking for that home and I hope he (D)finds it,
But I'd trade all of my tomorrows for one (A)single yesterday
To be (E)holding Bobby's body next to mine. 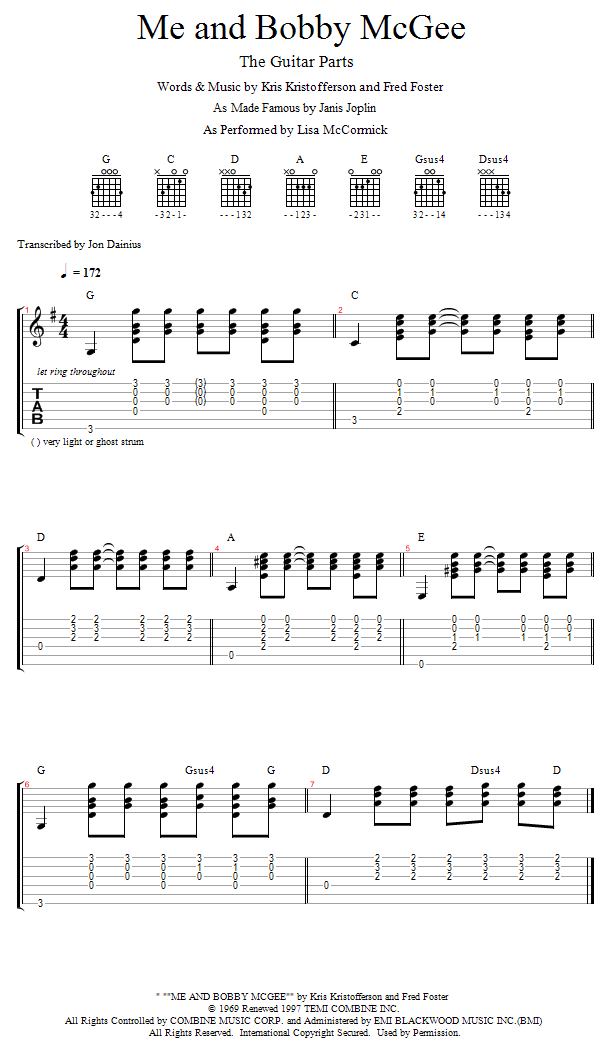